Toro is a Certified Origin, in Spanish ”Denominación de Origen” (D.O.) for wines in the province of Zamora, which is in the northwest of Castile and Leon Community. The wine production area governed by the Toro D.O. is situated to the southeast of the province of Zamora and includes part of the natural regions of Tierra del Vino (the land of Wine), the Guareña Valley and Tierra de Toro (the Land of Toro), and next to the plateaus of Tierra del Pan (the Land of Bread) and Tierra de Campos (the Farmlands).

This is the autochthonous variety par excellence, and hardly any information is available regarding its origins. It is thought that the Romans (210 B.C.) were the true promoters of viticulture in the Duero basin, after having invaded the Vacceo territory and destroying the town in its entirety under the command of the Carthaginian general Hannibal.
In 1990, the Junta de Castilla y León was involved in a clonal selection and vine sanitation plan, recovering and multiplying the autochthonous varieties of the Autonomous Community. Among these varieties is the Tinta de Toro, which is currently certified as an autochthonous variety, with its own name and well-defined agronomics and ampelographic characteristics. It is commercialised under a blue label and its corresponding clone number.

Wines
Reds. Made with the autochthonous Tinta de Toro variety, whose ampelographic characteristics are similar to the Tempranillo or Tinto Fino varieties, but which, thanks to having been in the area for several centuries, identify it with its own name and personality, different to its fellow grapes.

Use of the word “CRIANZA” on the back label: the wine must be a minimum of two calendar years old and have spent a minimum period of six months in an oak container.

Use of the word “RESERVA” on the back label: the wine must be a minimum of three calendar years old, during which time it is subject to a combined process of aging in oak containers and the bottle. A minimum period of twelve months is established for the wine to be kept in oak containers.

Use of the word “GRAN RESERVA” on the back label: the wine must be a minimum of five calendar years old, during which time it is subject to a combined process of aging in oak containers and the bottle. A minimum period of eighteen months is established for the wine to be kept in oak containers.

Whites. Made from Malvasia and Verdejo varieties, with a minimum of 85% Malvasia and the rest Verdejo, or also Verdejo 100 %. Produced using a pneumatic press with a short and cold maceration to keep all the flavour of the varieties. After that, must is fermented at low temperature to preserve the hole potential aromatic.

Last harvests ratings of the Toro D.O. granted by its Regulatory Council are the following:

Last harvests ratings of the Toro D.O. granted by its Regulatory Council are the following: 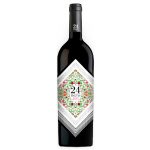 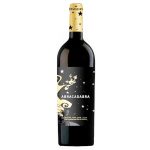 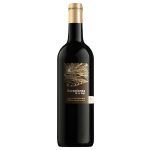 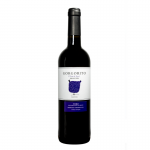 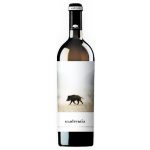 11,80€ VAT inc. Add to cart
We use our own and third-party cookies to improve our services and show you advertising related to your preferences by analysing your browsing habits. By browsing this website, we will consider you accept its use. You can change the settings or get more informationI agreeSee More