In Spain, numerous cheeses are made, some of them of international renown. Throughout the geography we find cheeses made from cow, goat and sheep milk, which is used to make various cheeses. Some regions are more known for their cheeses than others, being singularly known Manchego cheese. However, there are 26 cheeses with a protected designation of origin in Spain.

Here there is no room for doubt: the most emblematic cheese of the Castilian-La Mancha lands, and almost all of Spain abroad, is Manchego, which only for us to understand its size, appears in Don Quixote, by Miguel de Cervantes, some 19 times. It is made with milk from Manchego sheep and there are two types: artisan (if raw milk is used) or industrial (if it is pasteurized). Attention to the imitations: if we read “manchego type” we flee in terror, because it is a copy.

A good choice when buying a cheese is to recognize its most representative characteristics: type of bark, colour of the pasta to the cut, types of eyes (little holes) or absence, determined texture and characteristic aromas and flavours.

It is necessary to understand that it is a living product and as such, evolves over time. In addition, in raw milk cheeses there are always slight differences throughout the year due to weather and changes in diet, especially in animals that graze in the field.

The crust can reveal the state of maturation of the cheese, especially in soft pasta and it guides us on the conditions in which the cheese has been matured, if it has undergone any treatment (paprika, oil, wine, etc.).

Many of our pressed cheeses can have their natural, brushed, oil-coated or butter-coated crust, or with different coloured plastic coatings, etc. In these cases, it is more of a visual effect and practically does not affect the texture and flavour of the cheese. They are our big sheep cheeses: Manchego, Zamorano, Idiazábal, Castellano, etc.

Inside: cut appearance of cheeses

When we cut a cheese in half we already begin to know something more about it: the milk of the animal that comes, the approximate maturation time, how the refining has been done, the care it has received, if it has been elaborated or preserved well, etc.

The colour of the pasta

The young cow’s cheeses are dim white-yellow and within a few minutes of being open the yellow colour intensifies. (Tetilla, Garmillas, Cantabria, Arzúa-Ulloa, etc)

The cheeses coming from the milk of animals that graze in the meadows have a more intense yellow colour due to the carotenes present in these herbs. (Mahón artisan spring-early summer, organic).

In the most cured cheeses the yellow colour is more intense, even being able to reach orange tones in the old Mahon type.

The goat cheeses are white when cut, when they have a short or medium maturation, from 1 to 3 months (Ibores, Murcia al vino, Palmero, Majorero, Garrotxa).

When they reach a higher degree of maturity, from 4-5 months, these same cheeses have a matte white colour by pulling to ivory.

The semi cured young sheep cheeses and the cakes have a white-bone colour, reaching straw-yellow tones in more mature cheeses, and even dark tones in aged or very old cheese.

The intensity of yellow is also determined mainly by food. The milk of the grazing animals contains more carotenes than those of stabling, hence a more pronounced yellow colour.

There are basically two types of eyes: fermentative, produced by the lactic bacteria present in the milk and in the ferments that are added during the elaboration and those of mechanical type that are technically known as “cracks” that are produced during the pressing. The first ones are round or slightly flattened and the second ones are of irregular shape and size.

In general, our cheeses of raw milk and pressed pasta have few and small (fermentative) eyes the size of a pinpoint, distributed irregularly. It is also normal the presence of an eye of mechanical type no greater than 2 or 3 mm. A raw milk cheese, without eyes, (blind type) is a symptom of an excellent bacteriological quality.

The smell, aroma and taste of cheeses

It is what most conditions us in a cheese because the tastes are very variable and personal.

The strong and very spicy cheeses are aggressive to the palate but certain people love these cheeses. Generally, they are highly evolved cheeses with clear signs of rancidity or saponification of fats.

The good pasteurized milk cow cheeses have a weak animal smell, with some memories of cream and butter. In the mouth appear notes of yogurt and certain herbal and floral aromas. The aftertaste should be pleasant without bitterness.

The cheeses of raw milk provide many more nuances: the smell is more intense, in the very cured (Mahón artisan), the acidity is less pronounced and is more integrated.

When they are very mature, they develop flavours of leather and rancid butter with an aftertaste of roasted nuts (almonds, hazelnuts).

In goat cheeses of raw milk, the “goat character” is very marked and constitutes its hallmark (Ibores, Acehúche, artisan Majorero) but it should never be dominant. In pasteurized milk, its flavour is more attenuated. 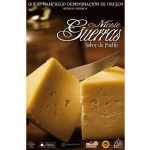 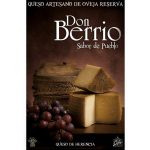 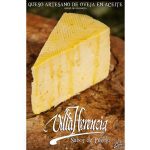 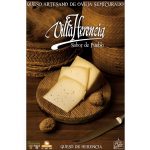 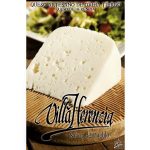 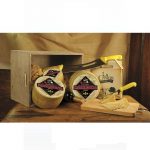 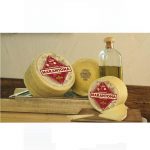 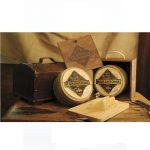 64,50€ VAT inc.
We use our own and third-party cookies to improve our services and show you advertising related to your preferences by analysing your browsing habits. By browsing this website, we will consider you accept its use. You can change the settings or get more informationI agreeSee More