Ribeiro, which means “ribera del río” in Galician, is one of the five wines Certified Origin existing in Galicia. The production area is located in the southern part of Galicia, on the north western edge of the province of Orense, at the confluences of the valleys formed by the rivers Miño, Avia, Arnoia and Barbantiño. The mountainous borders isolate this region from the Atlantic maritime influence, which determines its lower rainfall. The climate is temperate and humid, with average temperatures of 14.5 degrees Celsius. The lands are mostly of granite origin and, in general, acidic.

The wines of this denomination respond to a series of combinations of exquisite fruity and floral aromas, which are almost always surprising when elaborated with traditional autochthonous varieties (Treixadura, Torrontés, Loureira, Caíño tinto, Brancellao, Sousón) and have a strong personality that It becomes incomparable. Ribeiro white wines are light, fresh, dry, fruity, pale straw coloured, high fixed acidity and with a minimum alcohol content of 11º.

White wine represents about 93% of the wine produced and is most produced with the Treixadura variety which is native to the area. Other white varieties are: Torrontés, Godello, Loureira, Albariño, Lado, Caíño blanco, Palomino and Albillo.

Ribeiro D.O. wines are usually young wines with a high aging potential in bottle. They constitute 90% of the total Ribeiro D.O.P. production. With an iconic fame and international recognition, the white wines from Ribeiro are the result of the blending know-how of native grape varieties and the good job developed by vine growers, cellars, and small wine producers.

Treixadura Grapes
Refined and smooth, the Treixadura grape is a white grape, the jewel of the Ribeiro vineyard. It sprouts and ripens slowly, therefore it is sensitive to altitude. It is grown mainly in valleys and slopes which are well-orientated. It is slightly vigorous and its excellent quality production goes from 12 to 15 Tn/Ha. It is not very resistant to droughts and needs warm soils. It is moderately susceptible to oidium and mildew strongly to Botrytis cinerea (grey mould) and excoriose.

The produced wines taste aromatic, with a fine bouquet, elegant with a shade of fruit, delicate flower highlights and a balsamic touch. They easily reach 12-13.5º of alcohol that compensate the total acidity of 5.5 and 7 gr/l of tartaric acid which make them fresh, balanced, delicious and unctuous.

It is possible to find single-varieties Treixadura wines in Ribeiro but the majority consists of mixtures made with other native varieties but with a predominance of the Treixadura grape. This is how we get balanced wines from the vineyard, wines that are different and unique. The wines with a Treixadura predominance evolve well in bottles.

Last harvests ratings of the Ribeiro D.O. granted by its Regulatory Council are the following: 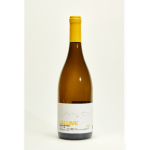 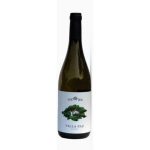