Ribeira Sacra is a Certified Origin, in Spanish ”Denominación de Origen“ (D.O.) for wines located in the south of the province of Lugo and in the north of the province of Ourense, in Galicia Community. It extends over the territories of 17 different municipalities that conform a zone and entity called Ribeira Sacra, which could be translated as “Sacred Shore”. The vineyards are planted on the steep slopes of the valleys and canyons of the rivers Miño and Sil. The area acquired official” Denominación de Origen” status in 1996.

Grapes
The authorized white varieties are:Albariño, Godello, Treixadura, Loureira, Torrontés and Dona Blanca, though the first three are the most predominant.
The authorized red varieties are: Mencía, Grand noir, Brancellao and Merenzao.
The vineyards are planted on terraces (known as bancadas) in the narrow valleys of the rivers and are characterized by the production of grapes with a very concentrated flavour. The terraces are usually very small, making it impossible to mechanize the vineyard activities, such as pruning and harvesting. Access is often very difficult and sometimes only possible from the river.

Albariño Grapes is a variety of white wine grape grown in Galicia, where it is used to make varietal white wines. Albariño is the Galician name for the grape; in Portugal it is known as Alvarinho.
The grape is noted for its distinctive botanical aroma, very similar to that of Viognier, Gewurztraminer, and Petit Manseng, suggesting apricot and peach. The wine produced is unusually light, and generally high in acidity with alcohol levels of 11.5–12.5%.

Last harvests ratings of the Ribeira Sacra D.O. granted by its Regulatory Council are the following: 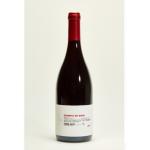 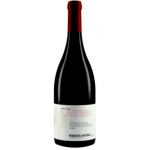 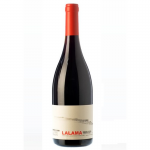