Navarra is a Certified Origin, in Spanish “Denominación de Origen” (D.O.), for wines from the Community Foral de Navarra. The wine region extends from the south of the capital of the community, Pamplona, to the basin of the Ebro River. Among the wines with designation of origin, the Navarre are an example of how the sector has evolved in recent times. Navarra, traditional producer of red, rosé and white wines, was known almost exclusively for its rosé wines. This situation has changed and is now known for its wide range of products, including Pago wines (D.O.Pago), the highest quality recognition for a wine in Spain.

Red variety vines, for production of reds and rosé, represent 95% of the all vines planted in the DO, though this percentage is decreasing as more white varieties are planted. The traditional Garnacha represents 32%, Tempranillo 36%, Cabernet Sauvignon 13%, Merlot 11% with Graciano and Mazuelo making up the remaining percentage. The main white varieties are Viura, Chardonnay and white Garnacha.

Rosé
Grenache, alone or accompanied by Tempranillo and Cabernet Sauvignon, by the select system of bleeding musts, gives rise to wines of suggestive colour, rich fruity aroma (strawberries, raspberries, pomegranate, …) and fresh palate. They must be consumed within the year following their preparation and accompany the starters very well (rice, pasta).

Reds
Young reds and barrel short time aged reds (called “oak” type in Spain)
Starting from the Garnacha or the Tempranillo (to a lesser extent Merlot or Cabernet Sauvignon), wines are obtained purple and grana, full on the nose of notes of liquorice and delicious berries, both black (cassis and blackberries)) as red (strawberries and raspberries). In the case of oak reds, the permanence of at least three months in barrel gives them a sapid structure. Their mouth, greedy and alive, makes them suitable for charcuterie appetizers, pâtés, cheeses of the country, and even some preparation of salted cod.

Breeding reds
The regulation of the Denomination requires that they do not go out to the market until at least two years have passed (since December of the year of harvest), and that they have matured at least one year in barrel. The tempranillo, cabernet sauvignon and merlot grapes are the protagonists of these wines marked by a select aging, which endows them with beautiful cherry colours with soft tiled nuances. The nose maintains the fruity character, tinged with fine notes of oak and vanilla. In the mouth they are powerful and tasty. They will be great companions of grilled meat, roasts, stews of meat and cured cheeses.

Reserve reds and large reserve
The varieties used are the same as those used for aging, often increased with graciano. Reserve reds have a minimum of three years (of which, at least one was in barrel) and large reserves have a minimum of five years (of which, at least eighteen months were in barrels). They have a beautiful cherry-ruby colour, with beautiful tile colours, clean and bright. Its nose is complex, rich in spicy nuances, good woods and fruity background that stays with the passage of time. The mouth, polished but wide and fleshy.

Last harvests ratings of the Navarra D.O. granted by its Regulatory Council are the following: 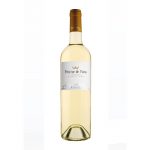