Vinos de Madrid is a Certified Origin, in Spanish ”Denominación de Origen” (D.O.), located in the southern part of the region of Madrid. It covers 54 municipalities and is divided into the three sub-zones (Arganda, Navalcarnero, and San Martín), each of which produce different types of wine.

Fine Red (Tempranillo)
Of medium maturation. It has a semi-straight shape. It is not a very productive variety. The clusters are medium size, compact and cylindrical and with two characteristic shoulders.

Airén
The most widespread. Of good production and very resistant. Creeping stock Large clusters of course, golden and spherical grapes. You get pale wines, frank but somewhat lacking in acidity, fruity aromas and a light, fresh and easy to drink.

Malvar
It is a productive variety, erect, with large and loose bunches, cylindrical in shape. It presents a medium maturation, advanced with respect to Airén.

Garnacha
Late maturing. Grenache strains have an upright shape and medium-sized, conical clusters, usually compact, although they tend to run. It is very productive, although in Madrid it usually presents low yields.

Royal Albillo
It is the earliest maturing variety in Madrid. The plant has a creeping appearance. It is very unproductive. The clusters are small, golden at maturity, in a varied way. The skin is very fine, so it is also very appreciated as a table grape.

The types of wines initially authorized by the D.O. Wines of Madrid in the Regulation approved in 1990 were: red, white and rosé.
In 1996, the Regulation was amended to include sparkling wine and the possibility of mentioning the indication ‘Sobremadre’ on the label of red and white wines containing carbon dioxide, coming from the fermentation of the must with their mothers as a result of their process.

Aging of wines
According to the last modification of the Regulation of the year 2004, the wines of the D.O. Wines of Madrid can use the following indications in their labels depending on the minimum time with which the wine has been aged (considering both its aging in oak barrels and the subsequent aging in the bottle):

Gran Reserva
Red wines: Barrel aging must be at least two years, followed by a bottle aging of at least three years.

Last harvests ratings of the Vinos de Madrid D.O. granted by its Regulatory Council are the following: 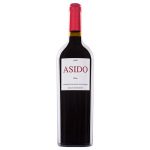 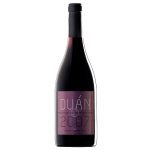