Cava is a sparkling wine with Certified Origin, in Spanish “Denominación de Origen” (D.O.) status from Catalonia. It may be white (blanc) or rosé (rosat). The Macabeu, Parellada and Xarel·lo are the most popular and traditional grape varieties for producing cava.] Only wines produced in the champenoise traditional method may be labelled “cava”; those produced by other processes may only be called “sparkling wines” (vinos espumosos). About 95% of all cava is produced in the Penedès area in Catalonia, with the village of Sant Sadurní d’Anoia being home to many of Catalonia’s largest production houses. Cava is also produced in other regions as Aragon, Castile and León, Extremadura, La Rioja, Basque Country, Navarre and Valencia.

The traditional method of making cava is the same method used for champagne, the méthode champenoise, adapted to the native varieties of the Penedès or the other Spanish production areas. The main varieties of grapes used in the preparation of the cava are: macabeo, parellada and xarel·lo.

From these grape varieties the base wine is made, which is the quiet wine that will be used to make the sparkling wine in a second fermentation. The winemaking process is normal, with a gentle pressing at low pressure of the musts, a clarification to remove the sludge from the must – soil and leaves – and fermentation in large tanks. Once the base wines are obtained, the appropriate mixture is made.

From the traditional method properly begins with the tiraje, the bottling of the base wine adding the “liqueur of tiraje». It is a mixture of white wine, sugar and yeast which, when fermented, will produce carbon dioxide and the characteristic aroma.

Then bottles are left to rest horizontally in cellars, in darkness and stillness, and at a constant temperature of about 15 ° C. The duration of the breeding is, at least, nine months.

To remove the remains of yeast and impurities, the “removed” operation is carried out, which is carried out by placing the inclined bottles on inclined “desks”. The objective is to accumulate the sediments at the edge of the plug. Traditionally, this process was done manually by rotating each bottle daily one eighth of a turn at the same time that the inclination is increased.

When the bottle is «tipped», completely inverted, the process of «beheading» is done. According to the craft process, the bottle is uncovered leaving a small amount of foam to emerge. Today, this operation is done by freezing the neck of the bottle. When it is uncovered, the block of ice from the neck is triggered with the sediments trapped in it

Depending on the breeding time, a cava can be:
Young from 9 to 15 months
Reserve from 15 to 30 months
Great reserve more than 30 months
Finally, the characteristic plug of natural cork is placed, holding with a wire muzzle or a metal staple.

Last harvest ratings of the Cava D.O. granted by its Regulatory Council are the following: 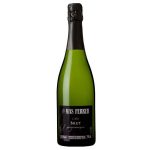 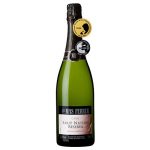 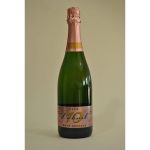 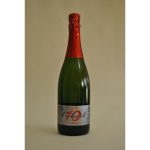 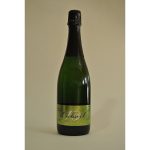 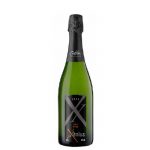